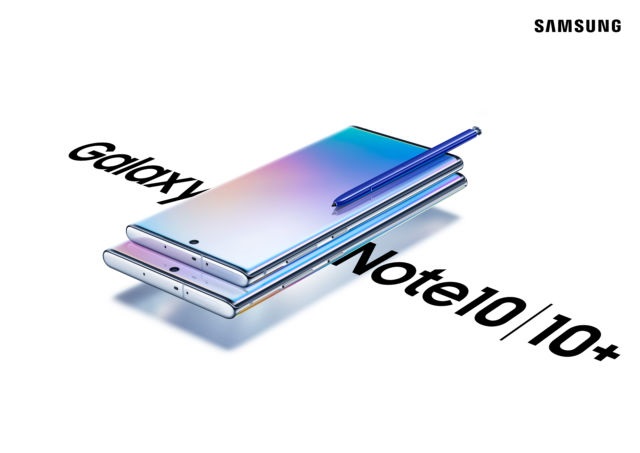 These phones, usually called ”phablets” due to their size just in between a phone and a tablet, are real work phones because of the great performance, big screen size and magical S-pen.

Following up on the Note 9 is the Note 10, with the least changes compared to its predecessor. But on the other hand the Note 10+ has a lot of major improvements, such as:

The normal Note 10 is of course also an improved phone, but can be compared to the Note 9 and even similar featuers such as the Galaxy S10/S10+.
Our advice to the people is: If you are a person who processes a lot of work related stuff, such as: preparing documents/signing them, making sketches or drawings, watch videos or edit them, a lot of multi-tasking between heavy processes. Then the Galaxy Note 10+ is the perfect phone for you. Because of its combination with the S-pen, you have a powerful mini sized computer in your pocket on the fly.

Of course at GSM Parts Center, we have the original service parts and accessories for the Samsung Galaxy Note 10 and Note 10+ available in stock. Check here of what we have in stock:

We will continue on adding new products and accessories for the Samsung Note 10 & Note 10+Stay tuned or check our website: www.gsmpartscenter.com